Some local historians believe this fort is a castle (Çimpe Kalesi) in which Ghazi Süleyman Pasha settled after he has landed with his army on Gallipoli Peninsula in 1354. In fact it is a classic 19th century artillery fort – the only preserved fort in the Dardanelles area which was designed not to fight back the navy but to repulse attacks of land forces.

Until 1990’s the fort was still a military zone. Its user – for the reasons known only to himself – decided to remove the earth covering the top of ammunition stores and caponiers. Results of this mindlessness can be seen on the below pictures taken in 2008 and 2011. 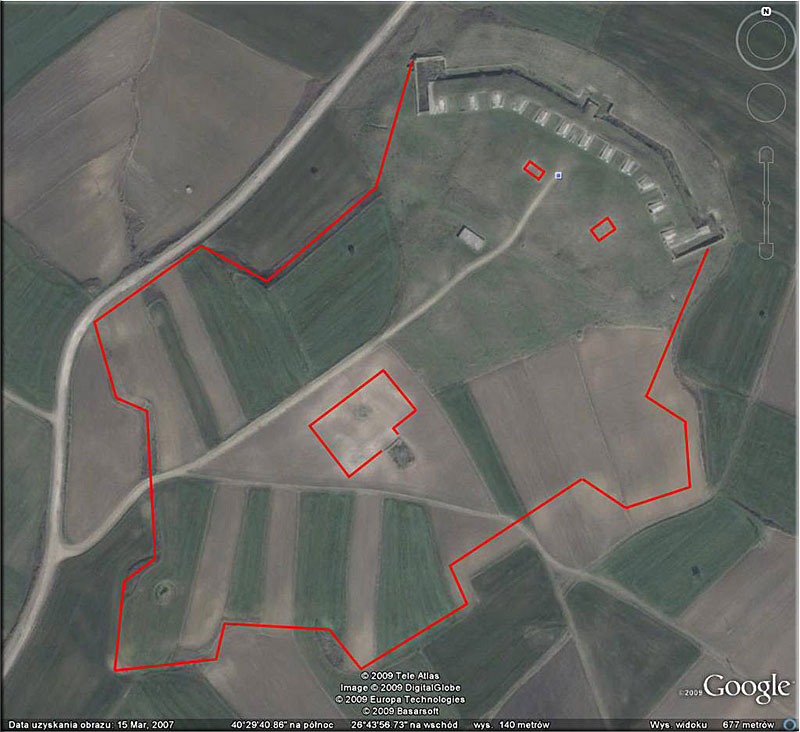 A satellite view of Fort Merkez. Red lines show its original shape and size when it was built in 17th or 18th century. Its current shape was given to the fort in the second half of the 19th century.

Three gun emplacements of Fort Merkez prior to the Balkan Wars. Note the 150/26 guns on their positions and the ammunition stores still covered with earth. (Piotr Nykiel's collection) 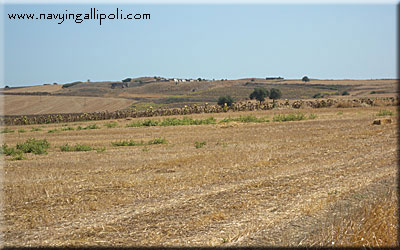 Back to Forts Page