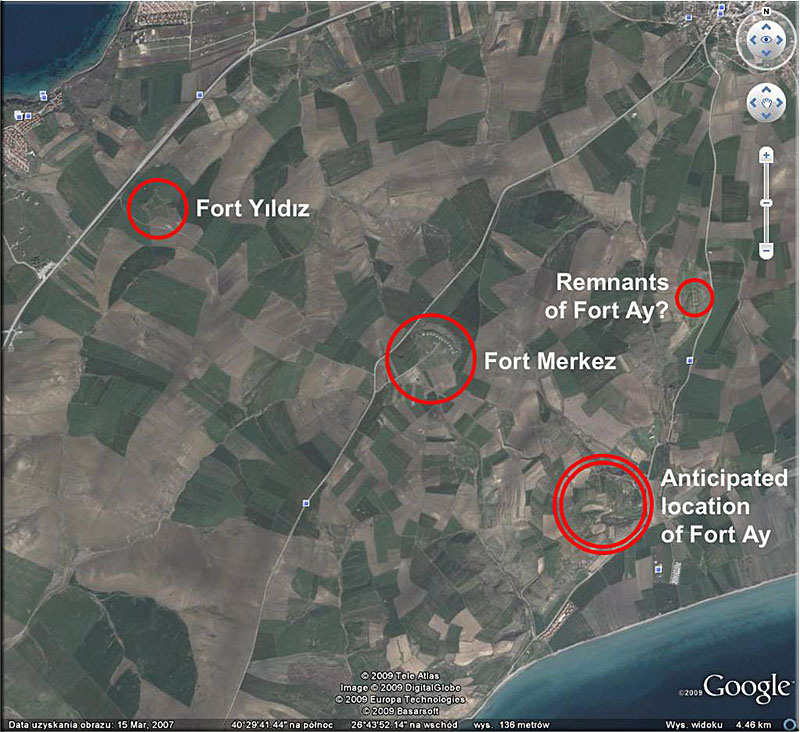 All three forts that existed at Bolayır area during the First World War were originally 17th or 18th century bastion type works. Only one of them (Merkez) was upgraded to a artillery fort in the second half of 19th century. The other two (Yıldız and Ay) were abandoned by army shortly after WWI and are considered by contemporary historians (both Turkish and Western) as not existent.

However the satellite photographs and the field research allow not only to determine their original locations but also to conclude that their remains are still pretty well visible. Some doubts we may have only with reference to Fort Ay. In the place it should have been according to some old maps (SE from Fort Merkez) there are no remains of any kind of fortification.

Instead of this we can find some very clearly visible earthworks in the some distance but NE from Fort Merkez. Its crescent-like shape also corresponds with the Turkish name of the “missing” fort (“ay” in Turkish means “moon” or “crescent”), and it is worth of mentioning here that Fort Yıldız (in Turkish “star”) had in fact the shape of star.

Back to Forts Page