The Poles in the Gallipoli Campaign 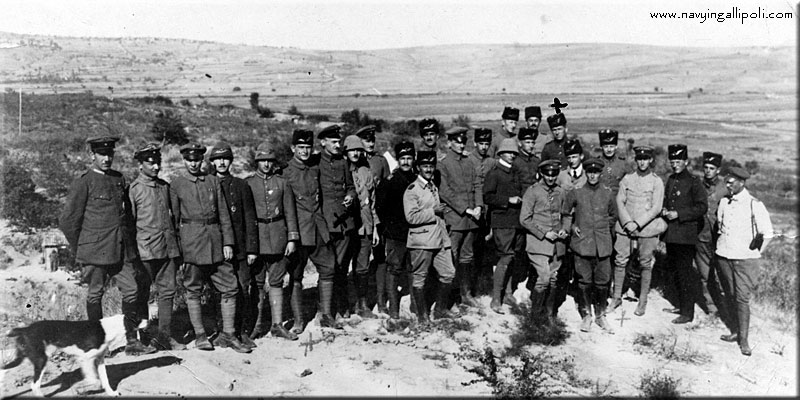 Airmen of the Ottoman 6th Fighter Squadron in Galata village near Çanakkale where the Dardanelles Fortified Zone's airfield was. This photograph was taken in 1918 and so far is the only one known picture showing Ludomił Rayski during his service in the Ottoman Air Force (Rayski stands in the rear row and is marked with the cross over his head). The picture was revealed in 2009 by Piotr Nykiel in the archive of the Polish Aviation Museum in Kraków.

Back to Articles - English Page